This is a past event. Registration is closed. View other Italian Chamber of Commerce in Singapore events.

EU Strategy in the Indo-Pacific and the Italian contribution

Add this event to any of these calendars

Get directions on Google Maps

If you have any questions please contact Paola Giannotti at marketing@italchamber.org.sg or +65 62230356.

Whole-of-nation is a new approach in diplomacy among states that does not only focus traditional political relationships, but includes partnerships on multiple areas of common interest.

With this respect EU has recently elaborated a strategy for cooperation in the Indo-Pacific, indicating 7 strategic areas as Sustainable and inclusive prosperity; Green transition; Ocean governance; Digital governance and partnerships; Connectivity; Security and defence; Human security.

Italy is a model in this and can present experience and practice, including the role of private sector in fostering partnerships with other countries and support broader national interests.

The role of Italy and European Countries will be discussed also in relation to the present US and China competition in the Indo-Pacific area. 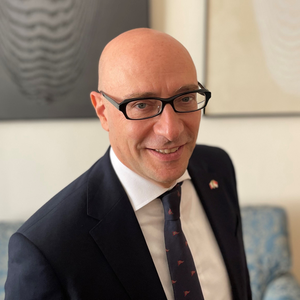 Prior to Ambassador Mario Andrea Vattani’s accreditation to Singapore, he served in the Ministry of Foreign Affairs as Coordinator for EU-Asia Pacific, and was also in charge of Italy's relations with regional organisations such as the Indian Ocean Rim Association (IORA) for which he served as National Focal Point, and ASEAN. He concurrently serves as Ambassador of Italy to Brunei Darussalam.

Ambassador Vattani is fluent in the Japanese language and was guest researcher in the Institute of Japanese Identity at Takushoku University in Tokyo. In 2003, he participated in the ETP Japan programme of the European Union. He has published two novels with Mondadori publishing house, and his essay "Svelare il Giappone” (Unveiling Japan) published in 2020 by Giunti, won the "Antonio Semeria Casino Sanremo" and the Premium International Florence Seven Stars literary awards. He has collaborated with Il Foglio, Libero, Tempi and with other Italian daily newspapers and online publications, dealing with cultural, political and historical issues, especially Asia. He was a member of the Council of the National Union of Diplomats (SNDMAE). 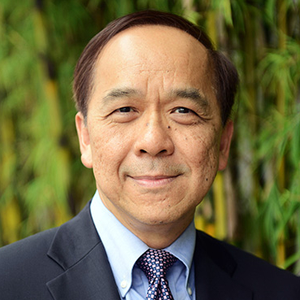 Khong Yuen Foong is Li Ka Shing Professor in Political Science at the School. He was formerly Professor of International Relations, and a Professorial Fellow of Nuffield College, Oxford University. He received his Ph.D. from Harvard University in 1987 and was Assistant/Associate Professor at Harvard University’s Government Department from 1987-1994. His Ph.D. dissertation was awarded Harvard’s Sumner Prize for the best dissertation on war and peace in 1988. His book, Analogies at War: Korea, Munich, Dien Bien Phu, and the Vietnam Decisions of 1965 (Princeton, 1992; sixth printing 2006) was co-winner of the American Political Science Associations Political Psychology Book Award (1994). He also received the Erik Erikson Award for distinguished early career contribution to political psychology in 1996. Mr Ginefra is the Senior Director of the Italian Central Bank (Banca d’Italia) attaché for Financial Affairs regarding ASEAN countries at the Embassy of Italy in Singapore.
He was a former member of the “Comitato di Riflessione e Indirizzo Strategico” (Strategic Planning Committee) of the former (Hon. A. Alfano and Hon. P. Gentiloni) Ministers of Foreign Affairs; member of the Steering Committee of the Italy-ASEAN Association chaired by Mr E. Letta, former Italian Prime Minister.

Until 2013, Mr Ginefra was the Chief Representative of the Bank of Italy for Japan, South Korea, Singapore, Hong Kong, Thailand, Malaysia, Indonesia. He is also an expert in Asian economic growth and financial integration that was involved in promoting Italian investments in Asia and Asian investment in Italy. He was Deputy Representative of the Bank of Italy in New York and Paris. He was a national expert in the Committee of Capital Movements and Invisible Transaction (CMIT) at the OECD.

He has significant experience in financial analysis, portfolio management and complex financial operations to support economic development. He is a Chartered Accountant. As a visiting student at the London School of Economics, he focused on option pricing models and, in particular, on the intertemporal general equilibrium of asset prices. As the financial analyst in the Department of Banking Supervision, Mr Ginefra was involved in the drafting of the regulation of Italian Financial Asset Management Institutions (SIMs) as well as part of the team in charge of the management of the Bank of Italy’s portfolio. 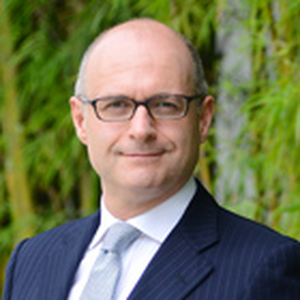 Francesco Mancini is Vice Dean (Executive Education) and Associate Professor in Practice at the National University of Singapore’s Lee Kuan Yew School of Public Policy, as well as an Adjunct Associate Professor at Columbia University’s School of International and Public Affairs (SIPA). His work focuses on global governance, United Nations, conflict analysis and resolution. He regularly lectures at academic institutions and presents at conferences and to governments on international peace and security issues. He regularly appears on television news as commentator of current international affairs.

Francesco is also a Non-resident Senior Adviser at the International Peace Institute (IPI), where he was Senior Director of Research before relocating to Singapore in June 2014. Francesco is a member of the Board of Directors of the Academic Council on the United Nations System (ACUNS), a member of the Research Committee of the Institute for Economics & Peace (IEP) in Sidney, Australia, an Honorary Senior Fellow at the National University of Singapore’s Middle East Institute (MEI), an Associate Fellow at the Peace Informatics Lab of the Leiden University, Netherlands, and a member of the Editorial Board of the journal Peacebuilding. 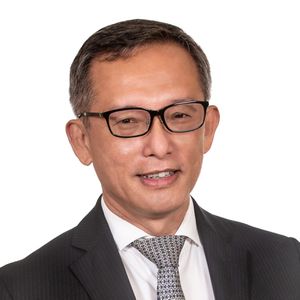 Simon SC Tay is a public intellectual as well as an advisor to major corporations and policy-makers. Based in Singapore, he is Chairman of the Singapore Institute of International Affairs, the country’s oldest think tank that has been ranked as the best independent think tank in Asia. He is concurrently a tenured Associate Professor, teaching international law at the National University of Singapore Faculty of Law and has also taught at Harvard Law School, the Fletcher School and Yale University. Prof Tay is also Senior Consultant at Wong Partnership, a leading Asian law firm of some 300 lawyers and with offices in ASEAN, China and the Middle East. He served on boards for leading global companies including MUFG Bank of Japan, Toyota Japan, and Deutsche Boerse (Asia), and was previously Corporate Advisor to Temasek Holdings (2006-09). Prof Tay is appointed as an Ambassador for Singapore, currently accredited to Greece on a non-residential basis. From 1992 to 2019, he served in a number of public appointments for Singapore including as Chairman of the National Environment Agency (2002-08); an Expert and Eminent Person in the ASEAN Regional Forum (2002–2019); an independent Member of Parliament (1997-2001); and to coordinate the country’s equivalent of the Peace Corps (1990-93).